Dream Season Storylines Katzman was not happy with

Producer Leonard Katzman considered the "Bobby in the Shower" scene to be his favorite cliffhanger of the show's entire run. In a 1991 Los Angeles Times interview, Katzman said, "Regardless of the critical reaction, I will go to my grave believing that [the decision to make the entire season a dream] was the only way to bring Bobby back. It served a variety of purposes: It got people talking about the show over the summer, ended the competition between us and Miami Vice (1984) in the first show of the new season, and allowed us to get rid of storylines we were not happy with."

I wonder what storylines Katzman was not happy with. The heavily criticised international storylines (Anjelica, emeralds) were closed.

As far as I can see the following storylines were still open when season 8 (9 DVD) was finishing:
1. Bobby's return (obviously). They asked the audience to accept a lot. Any other scenario than a dream would have been no less probable. But I can see that it was the easiest way out (despite the longterm damage).
2. Pam&Mark, Jenna
With Bobby back and Pam married to Mark (and maybe pregnant?) they could have postponed the inevitable reunion between Dallas' golden couple for another year. We could have gotten another swan song at the post dream season's finale this time with VP leaving. It writes itself. They did a good job with this Romeo&Juliet scenario for so many years it's mysterious to me why they didn't revisit that storyline once more.
3. The explosion at Ewing Oil.
Obviously "Blast from the past" has been finished and the final scene only has been put at its end.
They should have cut SueEllen entering the building. Instead make it an unknown person, e.g. Miss Ellie was looking for Clayton (before she found Jock's belongings). Leave it a mystery till next season if a major or a minor character got bombed.
4. Ben Stivers
The storyline was revisited as you know with Wes Parmalee. Just cut the last scene, drop the storyline for a handful episodes. They could even take Bobby's return as his motivation to come out of the hiding.
5. Jack
The character didn't have any ties left.
The actor did not get a kissing scene.
I doubt that even without the dream explanation Jack would have stayed any longer.
6. Jamie
How weird to get a character back in a storyline about a headscratching marriage only to be killed off screen.
7. Mark Graison
His past about a casualty due to highschool prank was left open.
He is the easiest character to write because of his illness you can kill him off any time.
8. Ray&Donna and Tony.
I can see Katzman not liking this storyline because it's so un-Dallas But it's easy to end it (biological mother or a relative returning claiming the boy back e.g., the Krebbs losing this child would have been TV gold)

So what storylines did he not like? I somehow think they did not plan that for in advance. By putting Bobby in the shower you were writing yourself in a corner. It had to be a dream.
But I don't see any storylines which needed to be erased by a dream. Do you?
Last edited: Jul 20, 2022

Almost everything in the dream season was probably something Katzman hated or likely hated. Katzman also created the character of Angelica Nero (which some have theorized he did to prevent Pam's tenure at Ewing Oil from being as explosive as it should have been -- and, if so, shame on Uncle Lenny) but he had no control over the plots that year, despite being listed as a "creative consultant" at the end of the closing credits... He reviled how the dream season became "a woman's show" like DYNASTY -- and had a point: he wasn't just being chauvinistic, but the term "woman's show" in this context didn't mean "strong women" but pseudo-strong women BS which goes nowhere. And that's a real thing.

In that context, DYNASTY and dream-season DALLAS were absolutely "women's shows" while KNOTS LANDING, with far stronger female characters, was not "a woman's show."

David Jacobs also said, I think correctly, that Katzman "would have hated" nuDALLAS 2012/2014, "he just would have," and probably for roughly the same reasons.

Some of Katzman's reasons were sound, as I had much the same issues with the dream season at the time (and I haven't seen it in years). But Katzman's views weren't sacrosanct, because we saw what happened to DALLAS in the final years after Paulsen left. (If only Paulsen had been allowed to take over Katzman's job when Lenny, Duffy and Art Lewis left in 1985 -- Paulsen said Katzman asserted something like: well, I guess it's your show now. But I suspect in my paranoid conspiratorial brain that Katzman didn't really want Paulsen to take over the series because he knew Paulsen would have done a good job and thus made it harder for Katzman to return a year later -- which was probably Uncle Lenny's plan all along... And even when Katzman did return with Duffy, and he cleverly brought Paulsen back with him, he kept Paulsen secondary to Calvin Clements Jr and then Art Lewis who returned a year later... So it's no wonder Paulsen quit in 1988, especially when it became obvious that Lenny & Larry were looking to turn DALLAS semi-comical from there on out, and they did).

If I were tracking the end of the 85/86 season, which Katzman was allowed to do, the only major change I would do would be to have Ray and Donna lose custody of adorable Tony, paving the way for the next season to start with Donna back in Southfork, discovers she's pregnant with Ray's baby again, and their marriage problems are renewed afresh once again.

Everything else I could undo in 1 1/2 episodes, but nobody asked me.

Anyway, Katzman complained that "JR was deceived by women" in the dream season, which seems kind of silly, but Lenny probably meant "for too long" and he's probably right.

Considering Katzman was in charge of the final season where J.R was completely annihilated by women his thoughts and feelings of women were certainly not the same a few years after the dream season.

Like a lot of administrators, Katzman probably had that perceptual disorder that: as long as I'm in control, everything is fine.
_____________

I actually think it was the ‘tone’ of the show he didn’t like. There was a lot more focus on the females and JR became nice.

ironically I love the dream season and hate the following one

The dream season at its worst was nowhere near as stupid as what came after it.

Snarky Oracle said:
Like a lot of administrators, Katzman probably had that perceptual disorder that: as long as I'm in control, everything is fine.
Click to expand...

And that was his fatal mistake! 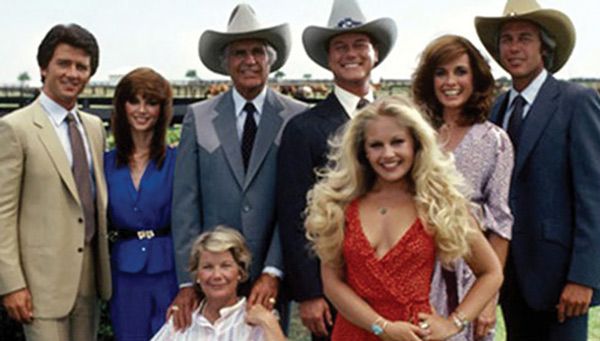 Ollie james said:
The dream season at its worst was nowhere near as stupid as what came after it.
Click to expand...

I like both seasons but prefer season ten mostly because of the Wes Parmalee Jock Ewing storyline.

Ollie james said:
The dream season at its worst was nowhere near as stupid as what came after it.
Click to expand...

Oh, absolutely, Except for Season 10, which I love... despite that brief moment when Bobby steps out of the shower and says something like: "Pam, none of that happened..."

the-lost-son said:
Producer Leonard Katzman considered the "Bobby in the Shower" scene to be his favorite cliffhanger of the show's entire run.
Click to expand...

I think that comes under the heading of, "Well, he would say that, wouldn't he?"

Seaviewer said:
I think that comes under the heading of, "Well, he would say that, wouldn't he?"
Click to expand...

We all know what the greatest Dallas cliffhanger is!