Telly Talkers are on a mission!


That mission is to discover Telly Talk’s favourite fictional TV character of all time. To find out who that will be, we will go through a series of events. Each event will concentrate on one decade, apart from the first decade (the 50s) which will include any character created in that decade and before.

Each mission will last two weeks.

Our final mission will be the throw both centuries together and vote for the ultimate character.

If you wish to join this mission.

• Vote by listing your top 20 characters for that decade.
• Maximum of one character per show.
• 20 characters is the max, but any less than 20 is perfectly fine.
• Minimum requirement is to list your character and the TV programme they are from.
• You can include your reasons behind each character, but it is not compulsory.
• The character must be introduced on or after the 1st of January at the beginning of each decade.
• All characters are included, whether they are animated, computer-generated, alien, muppet, puppet, or animal.
• Any show, any genre, any country.
• Fictional characters only.

Please vote your favourite characters from the ‘80s and before by listing up to 20 characters by name and the TV programme they are from. If you wish to include your reasons, feel free to do so.

EXTRA REMINDER:
Please start with the character's name followed by the show they come from.
More Connects Us
Than Separates Us​

Homework done (which wasn't my strong suit in the actual Eighties).

13. Brooke Logan, The Bold & The Beautiful

"The past has it's place but I'll keep looking to the future." - Angela Channing

Not really my decade as I was too young back then, but let's see:

Did Mary Beth remarry a Welsh guy? Harv will be livid. 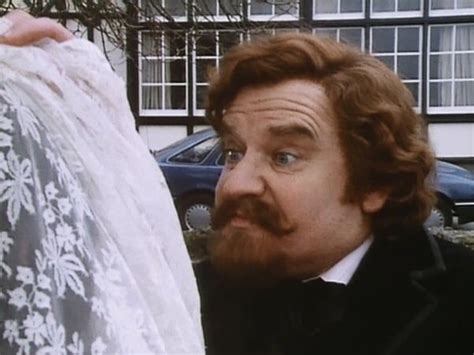 Damn. More series I forgot to include.

Well, I had to edit my list to include one of them, didn't I?

I admire your good taste!

"You didn´t think moi would be missing this list, did you?"​
Last edited: Apr 26, 2021
Fanfics continuing in the future:
"Ewing Empire: Season 6"
"Star: A Hollywood Saga"
"Return to Knots Landing"

I honestly was not trying to formulate a list dominated by the ladies---it just sort of happened that way. And if you ever saw Dan Fielding (the lone male nominee on this list), you would know this is his dream come true to be surrounded by so many women.